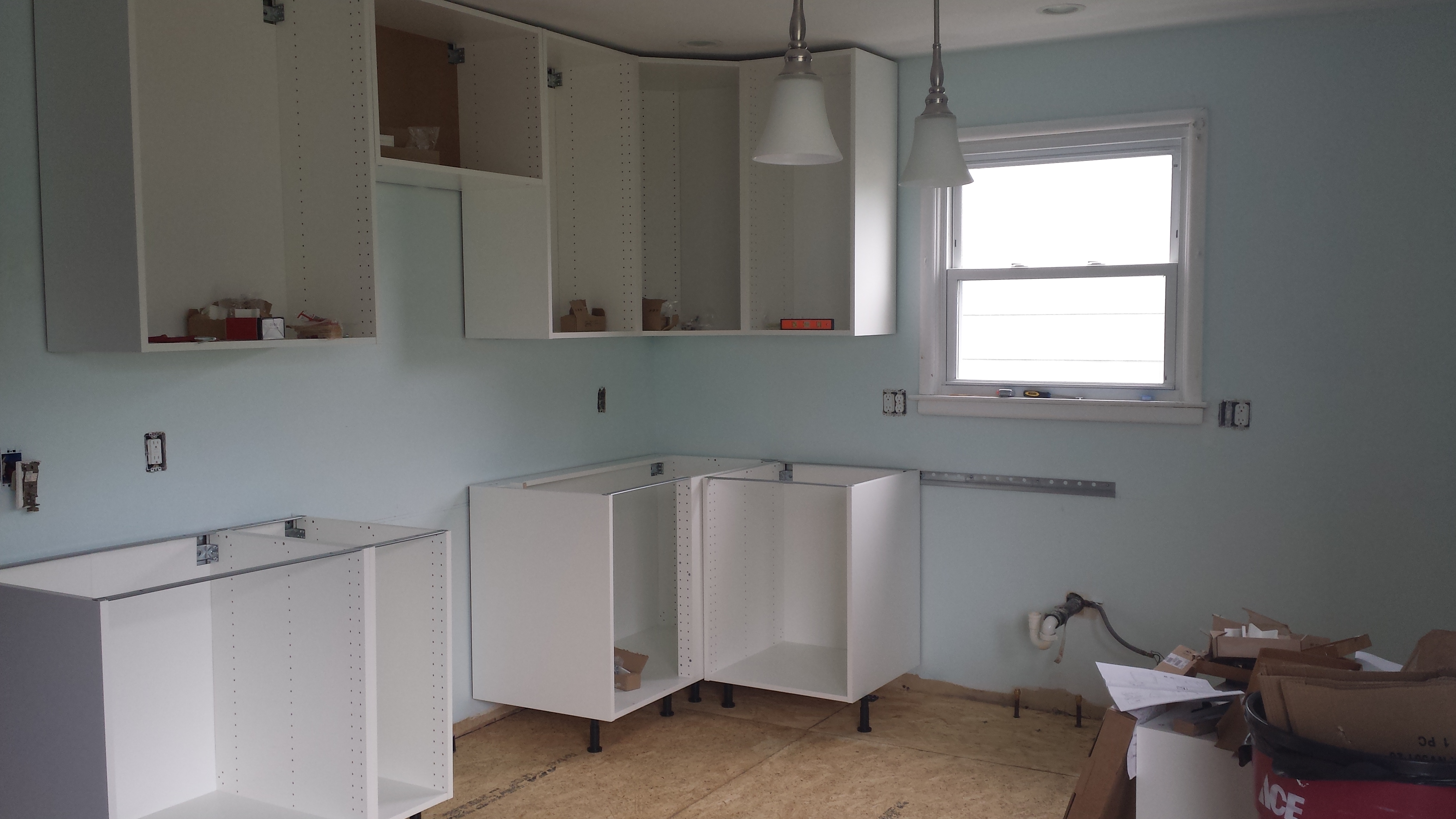 The HVAC guys showed up at 8am yesterday, so my dad and I went down late Wednesday night (we got in around midnight) so I could be there to let them in and go over a few things. The installation will take a total of 3 days, but only the first two are scheduled so far. By the end of today (Friday) we’re supposed to have working AC, and then they’ll come back sometime next week to do the furnace setup. I’m really excited that soon our old broken heat pump will be replaced with a new 13 SEER1 air conditioner and 96% efficiency furnace.

So far the only snag we’ve run into is minor: the condensation line from the old system runs straight outside and down the side of the house. Because our new furnace is a condensing furnace it leaks condensate in the winter and an outside run would freeze, back up, and kill the system (which would then let the pipes burst if the water is on). Instead they’re going to run the lines down through a closet. We’ll lose a few square feet of closet space but gain the ability to use the house in the winter. So I think that’s an acceptable trade. They also had to remove the drywall in the back of the utility closet to make room for the slightly-deeper-than-the-old-one furnace.

My dad woke up around 10 and after breakfast we started assembling/hanging cabinets. We did all but the sink cabinet and the island.

We found out that in order to hook up the sink the drain line needs to be moved down about 3 inches. This is because my new sink is undermount, and a little deeper than standard, so in order to have enough room for the garbage disposal the drain line has to go down. What really sucks is that in order to do that they have to cut open the drywall. The drywall we already had fixed. I should have waited until the plumbing was done to even think about contacting the drywall guy. Whoops. Rather than have him come back I’m just going to patch it myself. Though “patch” might not be the right word, it’s going to be about a two foot by 6 foot hole. But it will all be covered by the cabinets, fridge, and dishwasher so it doesn’t have to look perfect. The hardest part will be getting the sheet rock to the house because it’s huge, and I’m 5’3 and drive a Honda Fit. Thankfully multiple family members have offered use of their pickup trucks.

I also realized the outlet for the oven is off by about 10 inches. There’s not a lot of room behind the oven so we’ll have to see if I can make it work as-is, or if I have to have the electrician move it. In general my utility planning for this project has not been excellent, due to designing the kitchen BEFORE choosing appliances.

The cabinets still need to be leveled and secured to the wall (right now they’re literally just hanging there). I wanted to get everything dry fit first before screwing it all in, because I don’t trust my planning skills. It looks like it’s all going to work out though!

I also set up the couch in one of the bedrooms so that you can actually sit on it like a normal person!

This room actually looks way bigger now that it has furniture in it. This is the “little bedroom” and it’s about as wide as a twin bed is long, so the plan is to put a daybed in it and have it be a toy room. I haven’t decided if I’m taking down the chair rail, I don’t really understand why it has one in the first place.

Next steps once the drain line is done: leveling and securing the cabinets, buying a dishwasher, and installing the vinyl floors.