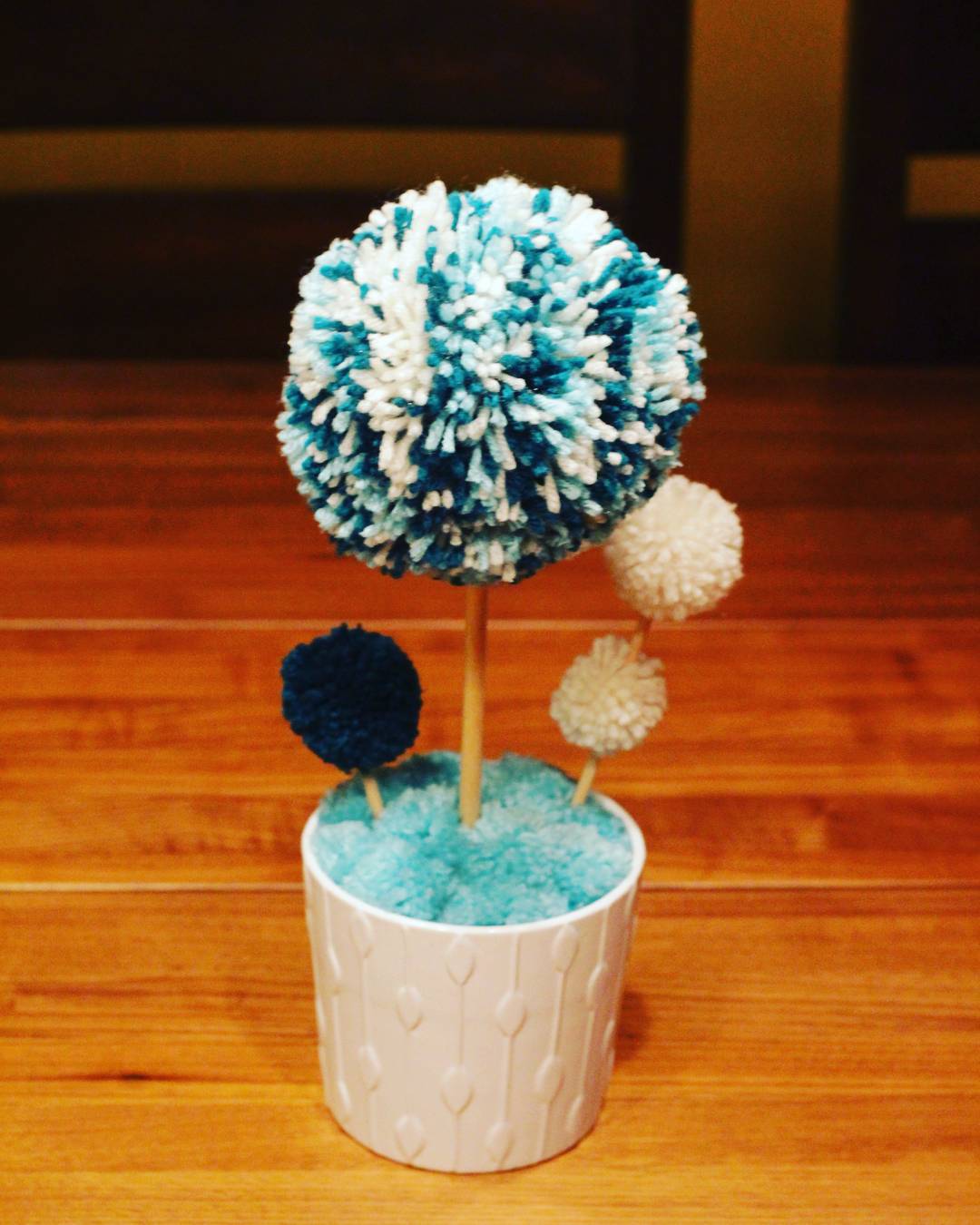 Guys I definitely have a yarn problem.

I know it’s nothing compared to some of the people on Ravelry, but that’s like merely not being the drunkest person at an Eagles game. It’s just not high of a bar.

My goal for 2015 was to knit 50 balls of yarn and maintain a “one in two out” rule, and I’m happy to say that I pulled it off! I used 50 balls, gave away 12, and “only” purchased 30. Some of the more fun projects for the year included a “yarn topiary,” a christening dress for the new baby, a sweater for the 3 year old, and a big shiny Clapotis shawl.

I’ve got 10 projects on the needles. A couple of them just need minor finishing I haven’t gotten around to. One is a giant bedspread which will maybe be done sometime before my preschooler goes to college. The others are in various states of boredom or inconvenience (it’s hard to fit a bedspread in a tote bag and take it on the train).

I spent the last two evenings organizing my Ravelry stash (an online database of yarn which you can annotate with quantities, colors, etc) and tallied up just how much I have. I went by weight rather than yardage because it is much, much easier to measure.

Back of the envelope math has that spread over 170 balls in 140 different brands/colorways.

My goal for 2016 is to reduce my total stash by 25%, which is a pretty tall order. It requires knitting through 2,500 grams of existing yarn plus anything I buy new. A lot of my focus will be on using up single skeins and odd balls of weird fibers that can’t easily be incorporated into other projects. Some types of yarn are just better to have lying around than others. I forsee a lot of tiny clothes and plush toys on the project list for the year.