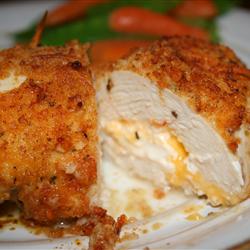 Between illness and snow days it was not an inspiring week for cooking. We ate a bunch of leftovers, and actually managed to refrain from eating out, but I confess it wasn’t my best week in terms of healthy meals. Once again I have failed at photographing things. Honestly, they weren’t too photogenic. Despite the word “easy” in the title, this recipe was written in a way that made it about 4 times more complicated than it had to be. I see absolutely no reason to remove the beef from the skillet, wipe it out, cook some onions in it, and then add the beef back in. Just sautee the onions in a small pan first and then add them to the beef. The layer of cheese on top was excessive (even after draining it’s still a greasy pile of ground beef) and I would have vastly preferred to just add a pinch of shredded cheese to each taco.

I probably won’t bother making this one again. There are better ways to make beef tacos. Turkey chili remains a go-to recipe. It’s easy, it’s filling, and it’s not particularly terrible for you (especially if you resist the urge to cover it in cheese). This particular recipe was new to me and I liked it a bunch. I’m not sure I get any  health points for using condensed tomato soup, but other than that it’s pretty inoffensive. A friend of mine affectionately dubbed this “heart attack chicken.” Breaded and stuffed with cheese, it’s definitely not low in fat or carbs. My main complaint though is that it wasn’t particularly delicious. It wasn’t bad, but the cheese filling felt too heavy and a little flavorless. Next time I eat a chicken breast stuffed with cheese, I’ll stick to the stuffed goat cheese recipe in my Ina Garten book.

I forgot to cook a vegetable to go with this, which helped emphasize just how not healthy it was.

On Saturday I made another round of sad vegetable soup, this time using up a bunch of lettuce and very rubbery broccoli. I made one egregious error: I added the garlic at the beginning of sauteeing the onions. This, I later learned, produces a rather bitter flavor as the garlic burns. As a result the soup has a particularly bitter aftertaste that the first batch didn’t have. Lesson learned, wait until later to add the garlic.