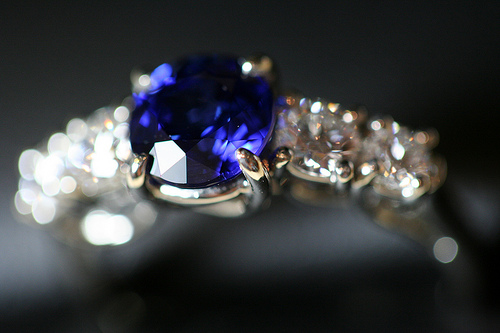 Before we got engaged, I told Chris that a flashy ring wasn’t important, and that if he wanted to propose, he was welcome to do so with a twist tie if that’s all he had handy. Of course, then I proposed to him, throwing everything off entirely.
A few weeks after we were engaged, we took a trip to the jeweler and had a custom ring designed. And it’s gorgeous. I love it, and I think that’s a little surprising to me because I still hold to the idea that if you think the ring is the most important part of the engagement, you’re doing it wrong. But it turns out that when you’re getting engaged for the right reasons, having a bauble that symbolizes that is actually really fun.