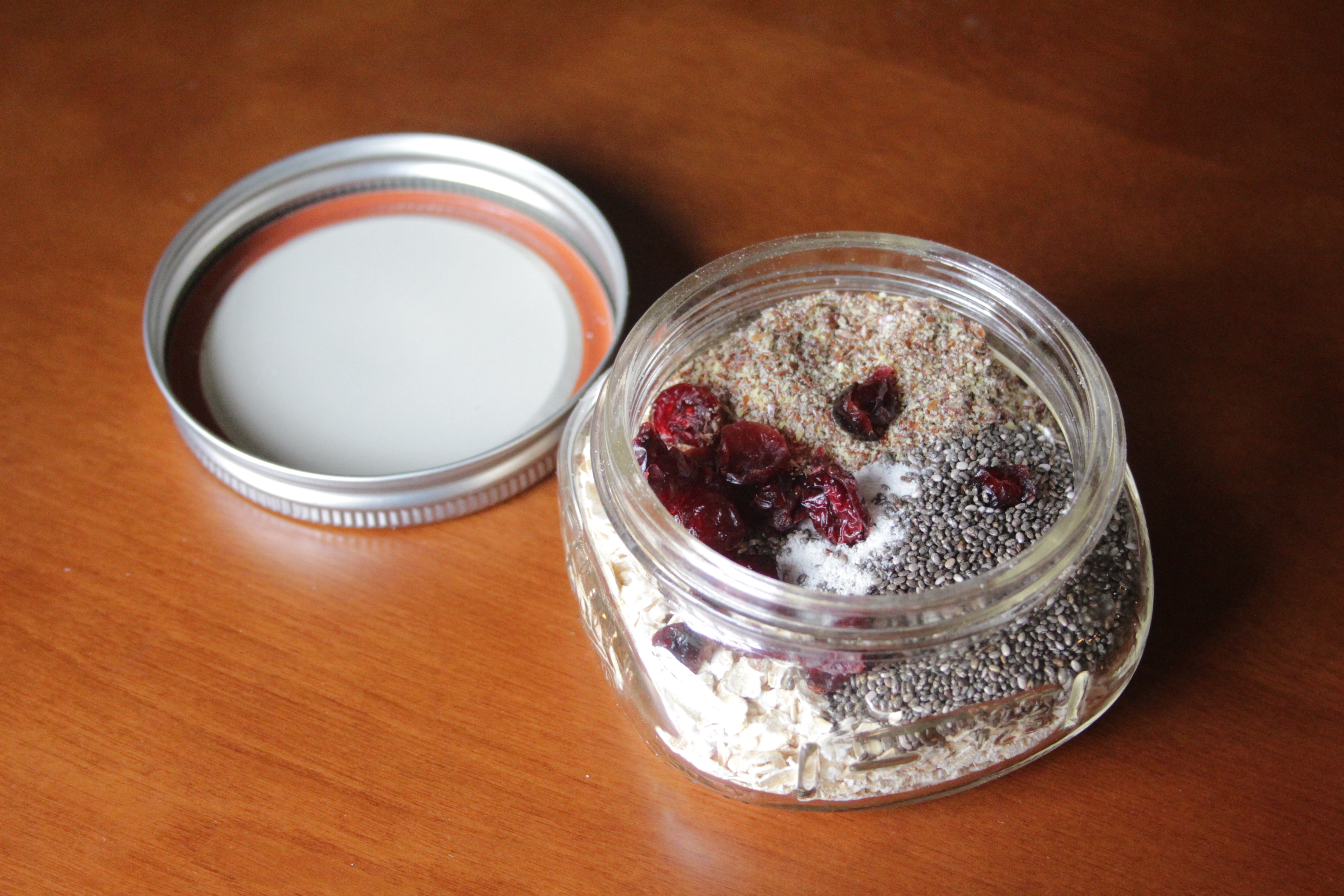 I tried overnight oats. Honestly I think they’re kinda gross. I don’t want cold gloppy oatmeal in the morning and I definitely don’t want 16oz of it.

So instead I put together some “instant oatmeal” jars. All I have to do in the morning is add hot water. They’re cheap, brain dead, and very portable.

Then for flavor I add one of the following:

I measure everything out into 8oz mason jars and leave them on top of the microwave. In the morning I use the hot water kettle to fill them to just below the lip of the glass. You could also put cold water in and nuke them in the microwave. Make sure you give it a good stir, and let it sit for a few minutes. Everything will swell into a delicious gooey oatmeal.

Pro tip: turn the oatmeal upside down and shake it (with the lid on) before adding water. This helps some of the smaller bits get mixed and rise to the top. Otherwise you can end up with a gelatinous clump of chia seeds which is not very appetizing. 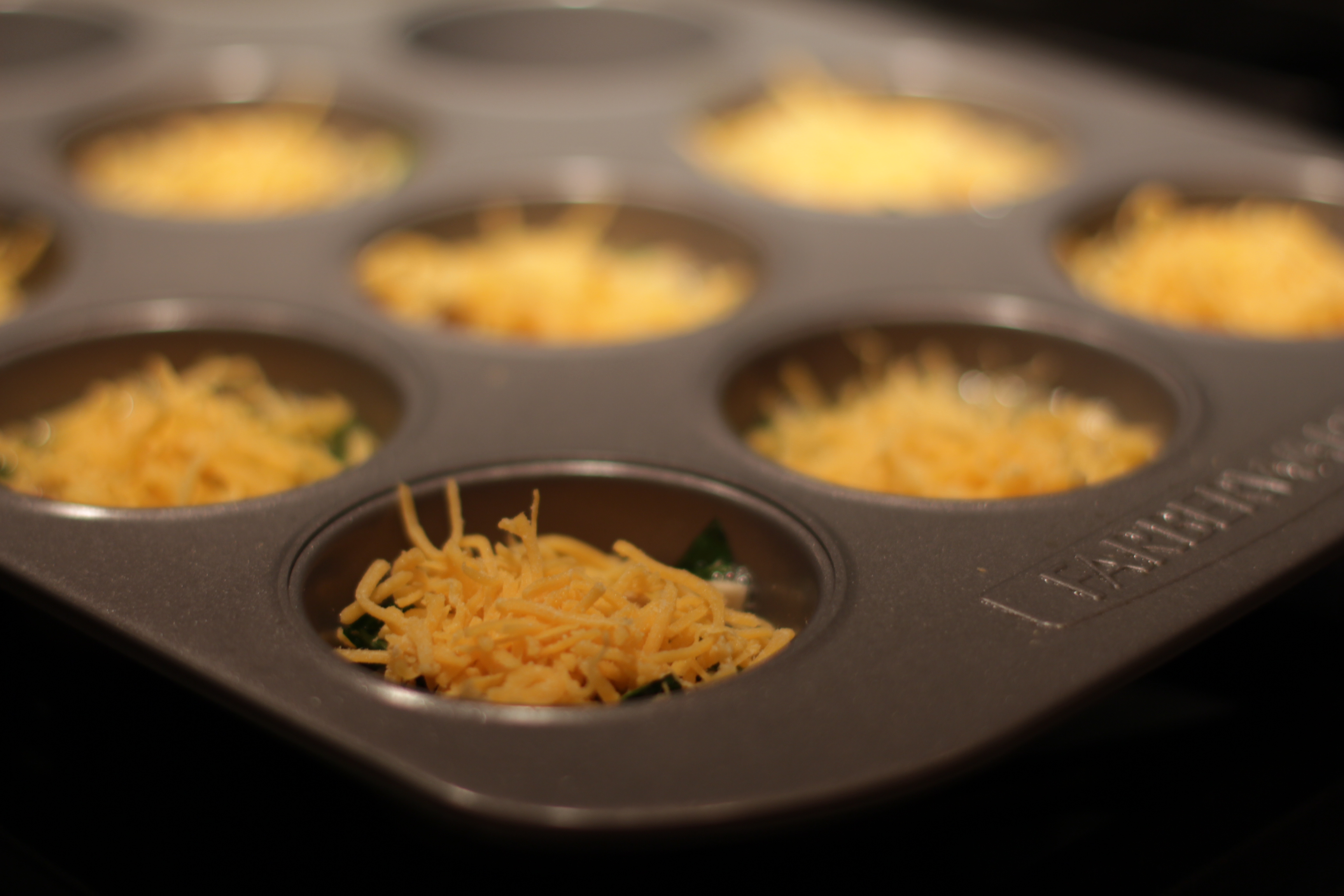 In an effort to cut down on sugar I’ve replaced my yogurt and granola breakfast with egg “muffins.” They’re really more like a crustless quiche but they’re made in a muffin tin, and make a really good brain-dead breakfast with plenty of protein. You can make them with whatever ingredients you’ve got handy, and I’ve tried a bunch of different combos, including whole eggs, but the recipe below is my favorite so far. 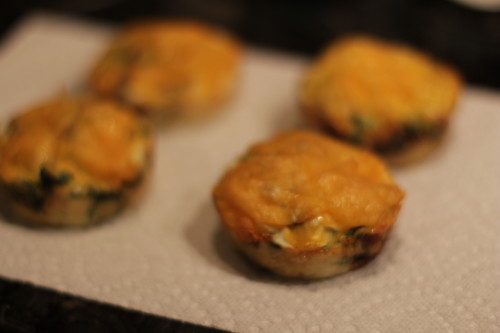 Preheat oven to 350 degrees. Whisking with a fork, combine egg whites, spinach, and mushrooms. Season with salt and pepper. Divide egg mixture evenly into eight spaces of a muffin tin (if not using a nonstick tin, spray with oil or cooking spray first). Top each cup with cheddar cheese. Bake for 20 minutes or until just beginning to brown at the edges. 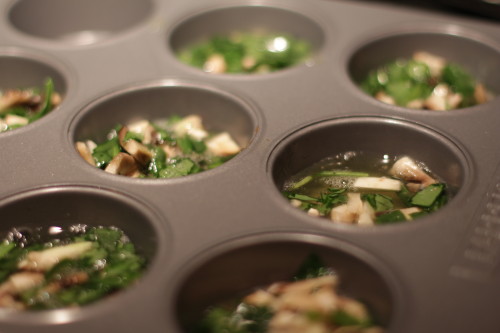 I find they come out best if I only fill the cups about half way. Beyond that they get very tall and puffy in the oven, and then collapse like a bounce house at the end of a carnival. 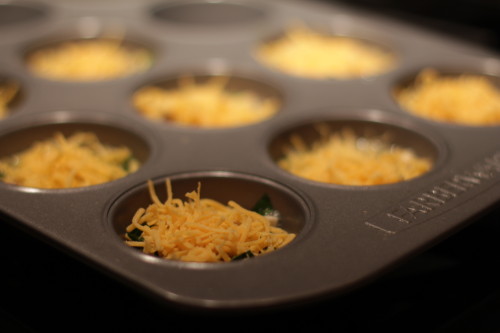 The muffins keep well in the fridge. In the morning just pop one in the microwave for a minute and you’re good to go. You can also freeze them, just make sure you allow them to cool before freezing to minimize the formation of ice crystals. 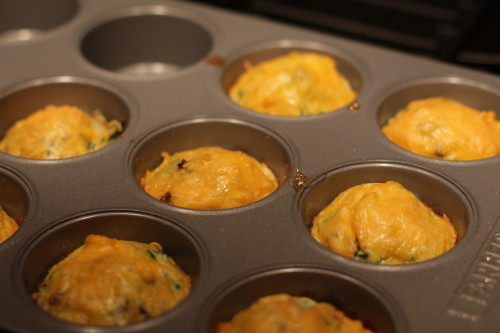 If you’re using whole eggs you may get more like 10 or 12 muffins out of the recipe, but here’s the nutrition breakdown using the above ingredients:

As a delightful surprise, these are toddler approved! I’m not sure how much longer we’ll go before she notices the spinach and starts to pick it out, but for now it’s a great way to sneak some veggies into my almost-two year old. 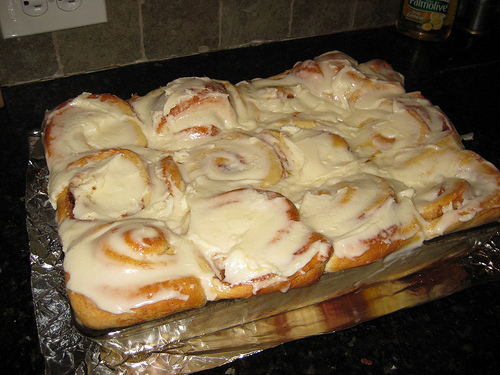 We make these when we’re afraid we’re not getting enough fat and sugar in our diets. Or when we want to make doubly sure we’re well on our way to type 2 diabetes.

My mother found this cinnamon bun recipe a few years ago, which uses nearly 3 cups of butter and 5.5 cups of sugar for 12-15 rolls. In short, these are terrible for you. But delicious.

First, you make a sugary, buttery dough, roll it into a slab, and cover it in sugar, butter, and cinnamon. Then you roll it into a log and slice it into 12 to 15 pieces of even width. The sharper the knife, the better your results. Then you fill a pan with melted butter and place the raw cinnamon rolls in the buttery bath. Our pan was maybe a little too small. While they’re still hot, slather them with the frosting you made while they baked. Frosting is, of course, made up of two things: butter and sugar. Then you invite all your friends over to eat them! That way you can all become morbidly obese together.