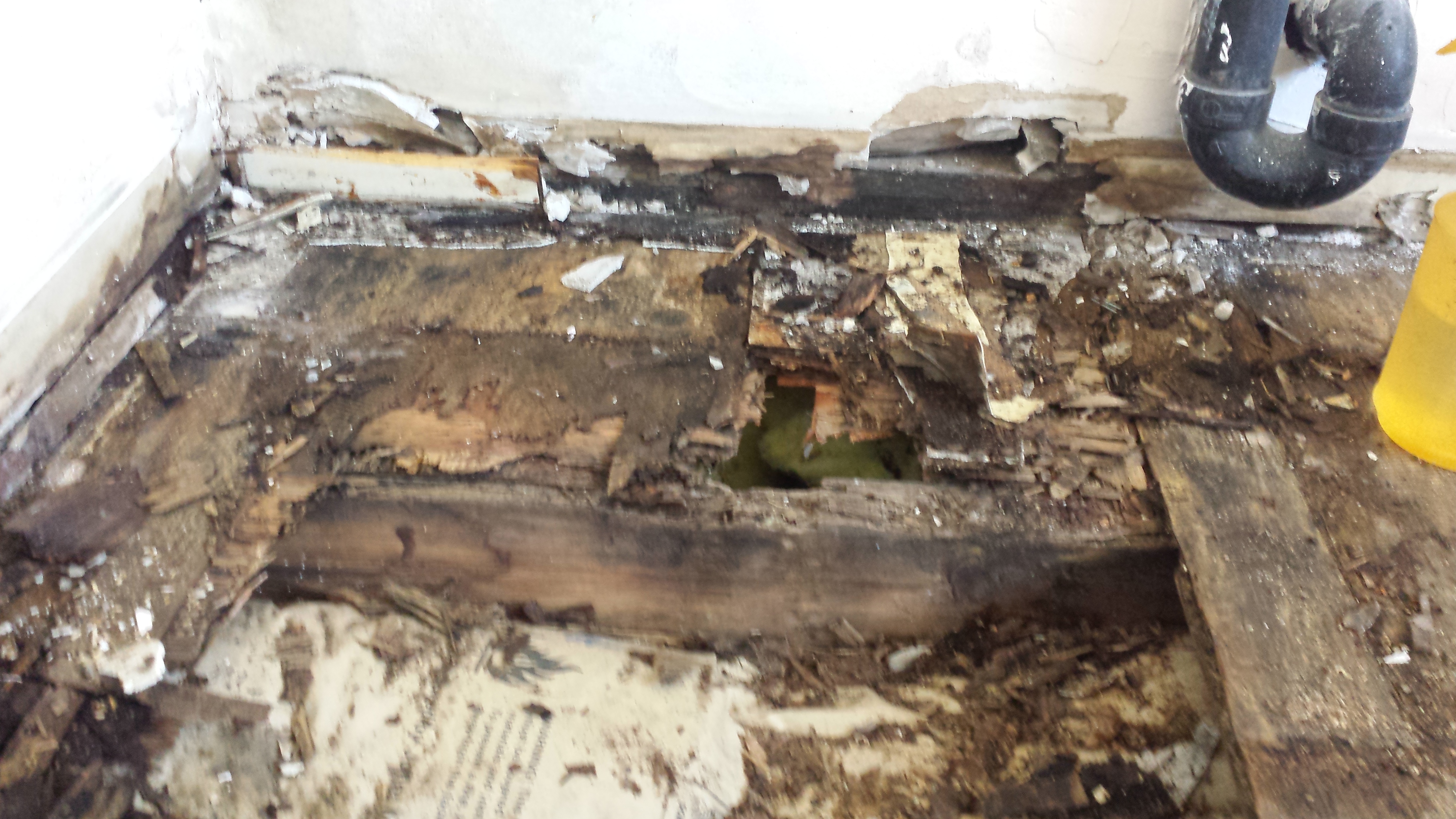 Everything with the house is two steps forward one step back.

We took out the hot water heater and I went to replace the rotten subfloor below it. In theory this is a fairly straightforward process. Remove the old plywood, cut new plywood to fit, put new plywood in place. In practice nothing ever goes as planned and I don’t know why I was even a little surprised that the joist under the subfloor was rotted.

This is the point where I called up the contractor who had just finished the crawlspace repairs half an hour earlier and asked if they could add this project to my tab. The flooring situation in the laundry room is quickly spiraling out of the realm of things I can sanely attempt to DIY. There’s also the time factor. If I were to try to do this myself it would be another week before I can get down there to even start, and it probably would take me multiple weekends, delaying the kitchen installation even further. In contrast, the contractor said he can have everything done Monday.

I also had another contractor flounce on me. The guy who was supposed to do the vents did not like that the crawlspace guys took out the existing vents, and refuses to do the work now. He was really dramatic and shitty about it, so if that’s how he’s gonna be I’m just as glad to be rid of him.

The other thing I decided not to DIY is the drywall repairs in the kitchen. When we took the soffit out we discovered there isn’t drywall all the way up to the ceiling (surprise!). Drywall is something I can technically do myself but I’m not very good at it and I don’t have the tools to deal with the large sheets we’d need to haul up near the ceiling.

This part of rennovation is just really frustrating because there’s not a lot of visible change and the to-do list is getting longer, not shorter.

The original plan for this weekend:

Huge thanks are also owed to Chris’s mom, who wrangled the toddler while we did all this. Kiddo came through the house a few times like a tiny foreman. “Everyone is working on fixing up my beach house!” she announced.

3 thoughts on “When not to DIY”