I need another project like I need a hole in the head, but this one was just too ridiculous to pass up.

I’ve started a review site for games for girls. Specifically I mean games marketed towards girls. 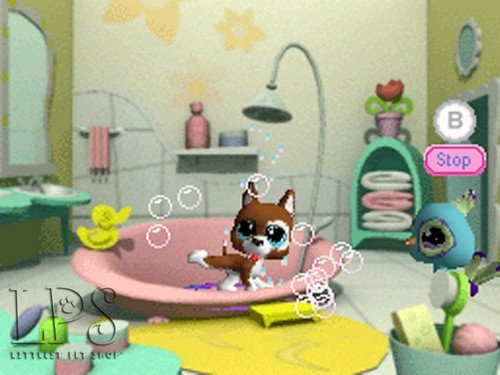 It’s a little tough to explain why I’m doing this. It kills me a little that there even are “games for girls,” because I believe a good game is for everybody. You can get the full spiel at “Why Review Games for Girls”, but it came up in a conversation with Chris the other day that most of the games marketed to young girls aren’t reviewed by the major review sites, if anyone at all.

Parents who buy these games, most of which are junk, don’t really have anything to go on but the Amazon reviews. Unfortunately the Amazon reviews skew heavily towards “my daughter liked this because she loves [insert character here].” So for the discerning parent who’s concerned about the quality and content of the games their daughter plays, there aren’t a lot of resources.

Personally I’d love it if parents would drop the pink-is-for-girls thing and just buy games that were good, regardless of gender marketing. But some girls get the princess bug despite the protests of their parents.
I hope to arm parents with information so they can buy high quality games for their kids, navigating the murky world of games for girls and highlighting some gender neutral games which might appeal to even the biggest Disney princess fan.

Check out Sparkle Gamer, and if you’d like to review some games, let me know!