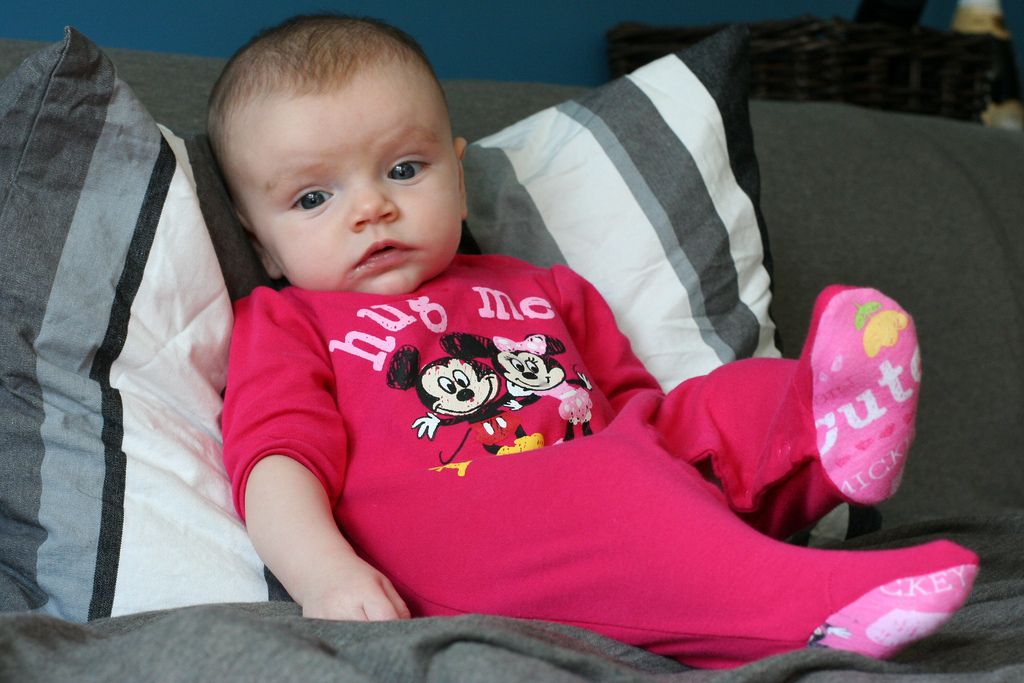 We started sleep training with Bitmap last week, and I’ve been posting mini-updates to Facebook. Here’s the full run down. We did both naps and overnight all at the same time, thinking it would be less confusing for her.  The first day went pretty well; I checked her at 1, 3, and 5 minute intervals. There were mild complaints when I put her down for naps and bed, and the first few times she woke up she settled down pretty quickly thereafter. The third time she cried for maybe a total of 15 minutes, which is actually pretty normal even if we do pick her up.

The second day / night was a lot more challenging. Every nap and bedtime was met with fighting, even if she was very tired. She woke up 3 times and took about 20 minutes total get back down each time. After the second day I was feeling pretty doubtful that things would work.

On the third night we got rid of her pacifier, cold turkey. The theory was that if she fell asleep with it in, it would be confusing and upsetting to not have it there when she woke up. Also at this point we were willing to try anything. We were both shredded from weeks of not sleeping more than a few hours at a time. If night three went like night two, I was ready to beg RD’s parents to take her overnight so we could recover and figure out something else to try.

She stirred a bunch in the earlier parts of the night, but never really got up to crying, and then we all slept from ~2am to 6am. Victory! I tried hard to have realistic expectations of infant sleep; The goal wasn’t to get her to sleep through the night, just enough to regain our higher brain function. You know you’re sleep deprived when a 4 hour stretch of sleep is restorative.

That was Friday night and since then she’s been sleeping 8+ hours each night. It’s pretty great. She’s also getting better about napping in her crib; most of the time she falls asleep as soon as I set her down.

And so our baby has been Ferberized.  If Bitmap hadn’t already given up night nursing on her own I wouldn’t have even remotely considered it. Or if it sounded like she was crying herself to sleep (which she would previously do –  in our arms – on a regular basis). Would I recommend it to everyone? Absolutely not. But it’s working for us so far, and I think we’re all happier as a result.