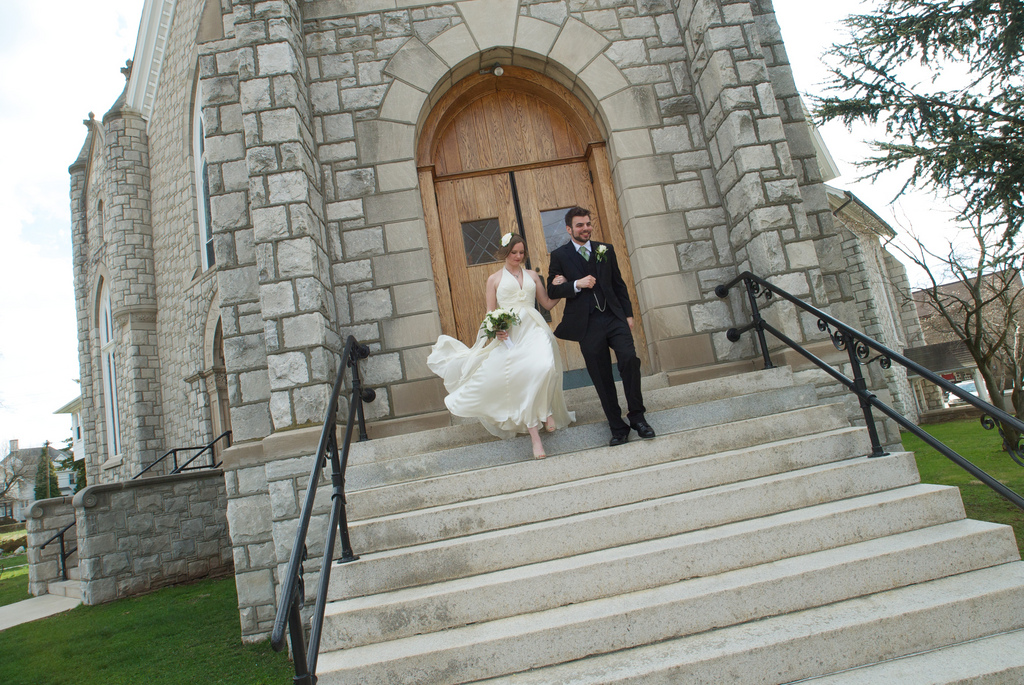 At first I wanted our wedding to be on the smaller side, because I tend to have anxiety in big groups, but by the time we added our close friends to our Irish Catholic families we were already a medium-sized wedding.  There were a handful of friends  who weren’t quite “close” friends, but still people we talk to regularly, who we ended up not inviting largely because I was still holding onto this idea that we were having a “small” wedding. This was despite the guest list being twice as long as originally planned. In retrospect, an extra table of friends wouldn’t have been any more stressful, and I wish I’d invited them.