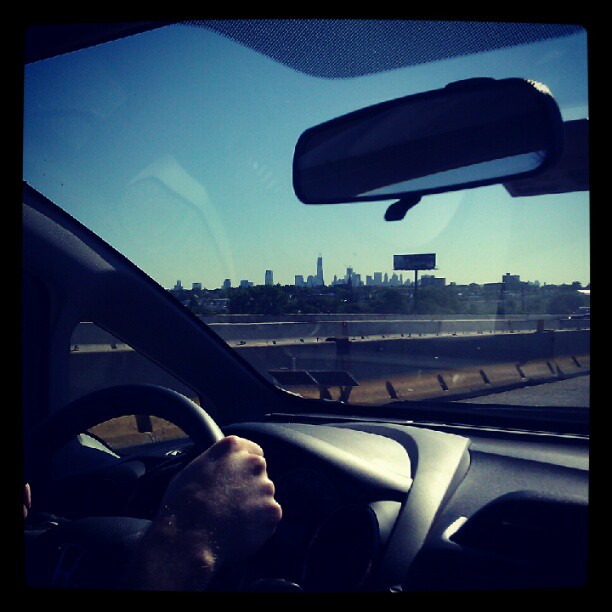 RD had to go to work in the city and now that the school year started we no longer have his aunt coming by in the afternoons. So I decided to go up to NYC with him and wander around the city with Bitmap. Seemed like a nice alternative to sitting around the house / walking the canal path for the 8000th time.

Our day started bright and early at 6:30am. Of course the one time we had to get up early, Bitmap finally decided to sleep past 6. Babies, amiright?

With all three of us going up driving is the cheapest option. We drove to Jersey City (our old neighborhood), parked the car, and took the PATH train to midtown. I stopped by RD’s office to show off the baby, and all productivity ground to a halt from 10 to 10:30, at which point I made a beeline for the nearest Starbucks. And before you get all judgmental about going to a Starbucks in a city with real coffee shops, I used to work in midtown and all the coffee there is terrible. Plus Starbucks has bathrooms. From there we walked to Washington Square Park, which is a little over two miles. I was carrying Bitmap in the Ergo on my front and a backpack full of laptop and diapers on my back, so I was ready to sit down by the time we got there. The Ergo is a lifesaver though, I can’t imagine trying to navigate NYC with a bulky stroller. While we were there, Bitmap brandished her butt to the world for a park bench diaper change.

We visited my friend Skiff at QLabs. They have a nice office, with a pool table, rock wall, and some giant beanbag chairs with an extremely unfortunate name. Skiff fawned over Bitmap and recounted the following conversation:

Raphael: You know there’s a tech bubble right now, right?
Skiff: Well, yeah but it’s different this time, it’s not like the ’90s bubble.
Raphael: Does your office have a pool table in it?
Skiff: Damn. From there we headed to Brooklyn to visit friends, and I went through Fulton Mall where I used to spend a fair amount of time thanks to working at Etsy and hacking at NYC Resistor. Both of those have since moved out of the Fulton Mall area, and it was a little weird to be back in the  neighborhood.

One thing I’ve noticed is that the people on the train who are most likely to offer you a seat are those who might need it themselves. On the PATH home, a man on crutches saw me standing with the baby and offered me a seat. I declined, Bitmap demands that I stand and bounce her, and then I noticed that the man was missing a leg. Similar things happened when I was pregnant: it’s never the able-bodied guy in a business suit who offers a pregnant lady a seat, it’s the 80something woman who remembers what it was like to stand all day on swollen feet.

After taking care of some things at the condo it was 10:45 when we got home. All three of us were beat (though Bitmap still found the energy to wake up at 3am…). But it was a successful trip and a nice change of pace.

1 thought on “Day Trip to NYC”