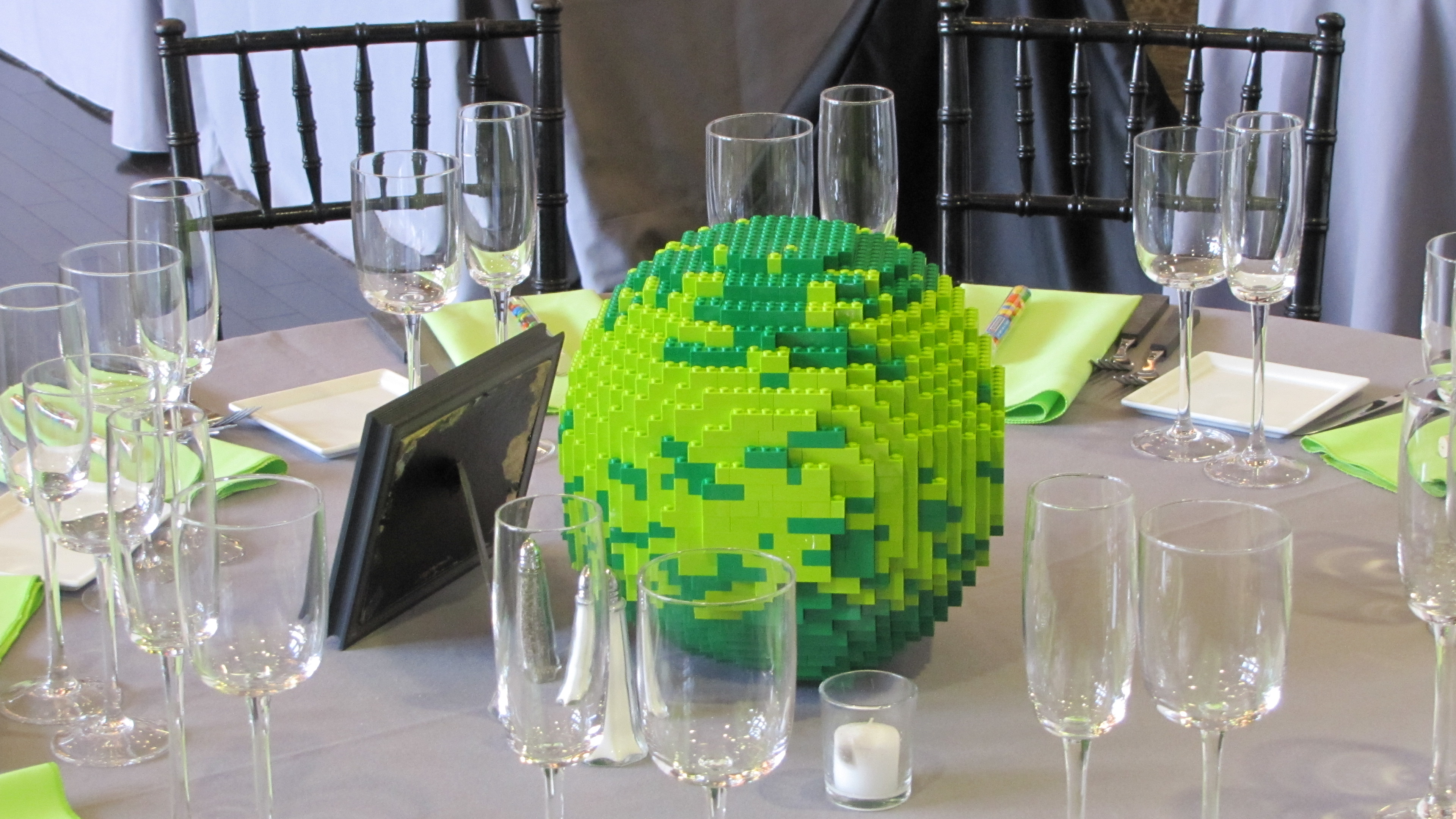 This weekend was spent at RevolvingDork’s parents’ house, which they kindly let us turn into a Lego sculpture factory. We had a total of 12 people over on Saturday attempting to make 15 Lego spheres. Each sphere is about 25cm (10ish inches) in diameter. They follow a pattern I created using Blender and the techniques/scripts described here and here.

We used a lot of Legos. Approximately 22,000. Most of them were sourced from BrickLink, though we did buy a few sets new from Toys R Us. When build day came we realized we didn’t have enough, so RD made a last-minute trip to the Lego store. He was able to talk the staff into letting him buy a few boxes in bulk. In order to make the build process easier, we laser-cut jigs out of foam core for each of the 27 layers. The jigs served as templates for each layer, avoiding the frustrating and time consuming counting I had been doing when building them earlier. We didn’t use a script to output the vector cut paths, RD just traced them by hand in Illustrator. To put it plainly: assembling these is hard. There are lots of overhangs and ragged edges where you really need a 1×1, but of course those aren’t very structurally stable. The first few layers are definitely the hardest, and there are a number of tips and tricks we figured out along the way to make things easier. And by easier I mean possible.

The spheres were built mostly hollow, though thicker at the top and bottom for structural support. A few folks incorporated a center column to make placing the top easier. Personally I found it easier to start thickening the walls around the top 1/3rd and using long 2×8 pieces to mesh in the top.

John decided to get fancy with his; rather than a simple mottled pattern he made an artistic swirl. After 12 hours of work on Saturday we had 6 complete spheres and a number of half-finished ones. On Sunday RD, myself, and my soon-to-be mother-in-law finished up the leftovers, for a total of 13 spheres completed this weekend. I’m pretty impressed, and honored to have the sort of friends who would give up their Saturday to assemble these ridiculous sculptures.

These were used as the centerpieces in our wedding, and the ones that survived the evening intact were given to family and friends (with first dibs going to those who made them). 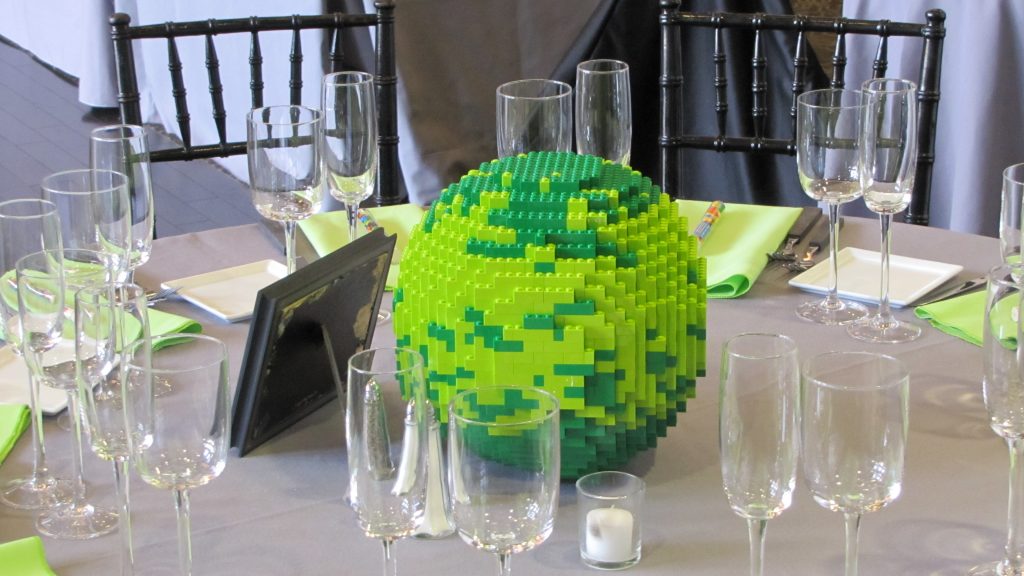