The first draft of the kitchen layout came in tonight. It’s a start, but there’s definitely some stuff I want to change (and a few things I realize I forgot to tell the designer). The coloring is all mine, it came to me black and white. 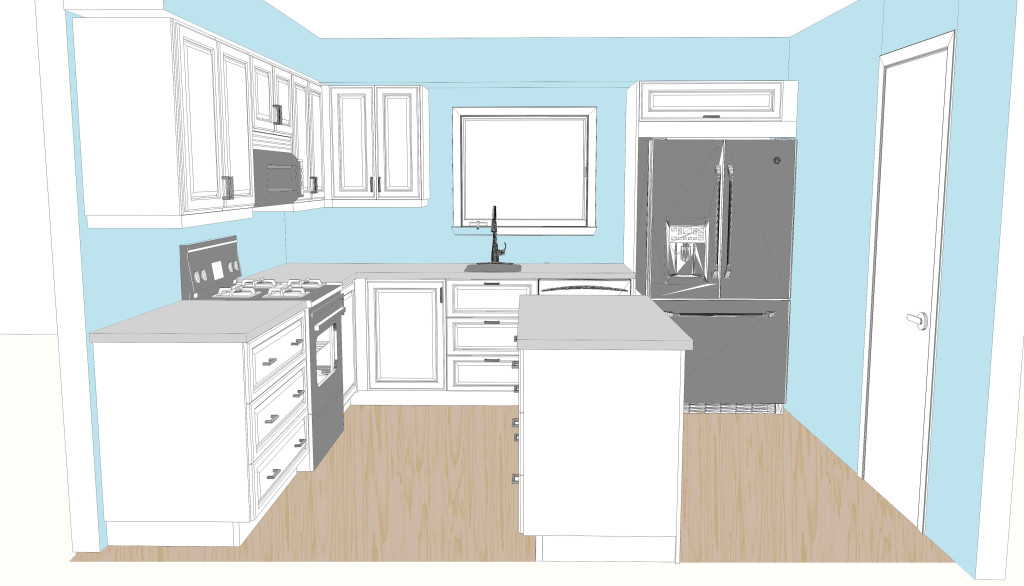 I totally forgot to tell them we plan to remove the soffit (i.e. the drywall box above the cabinets), which would make the space above the refrigerator way less awkward. I’m not sure if we’d raise the cabinets up higher, maybe just the ones above the oven? I’m short so I don’t want to put stuff too high, but it would be nice to have more clearance between the microwave and the range. 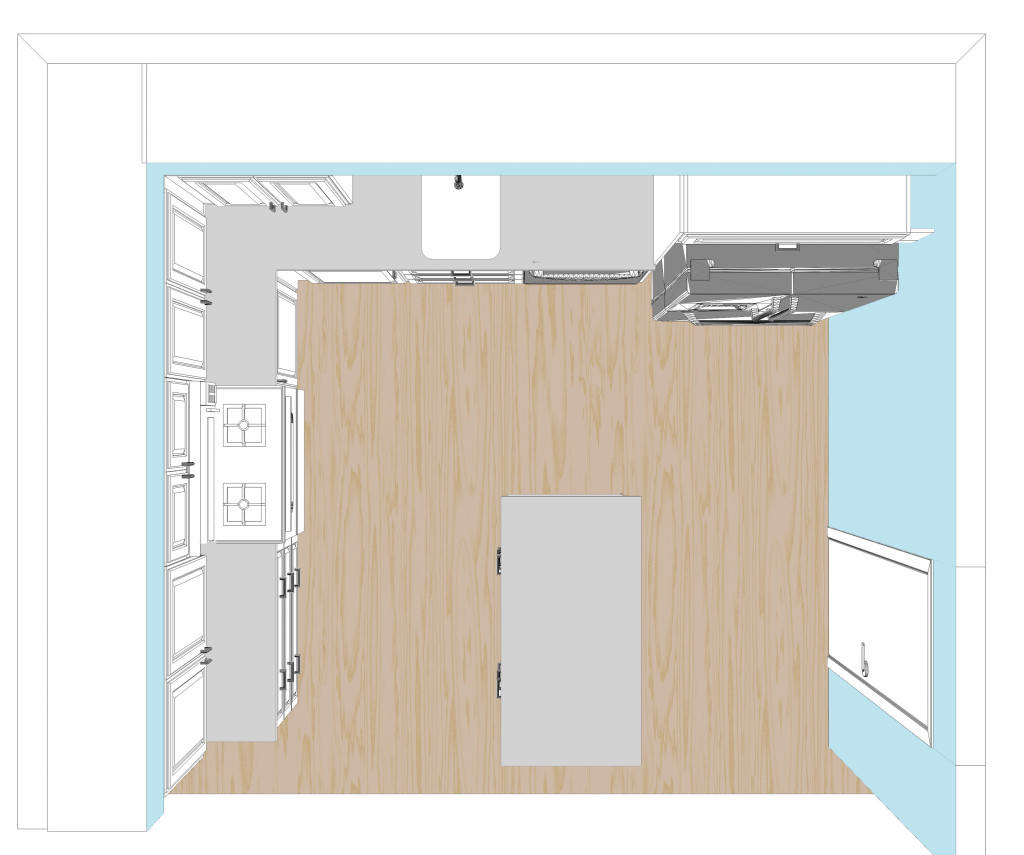 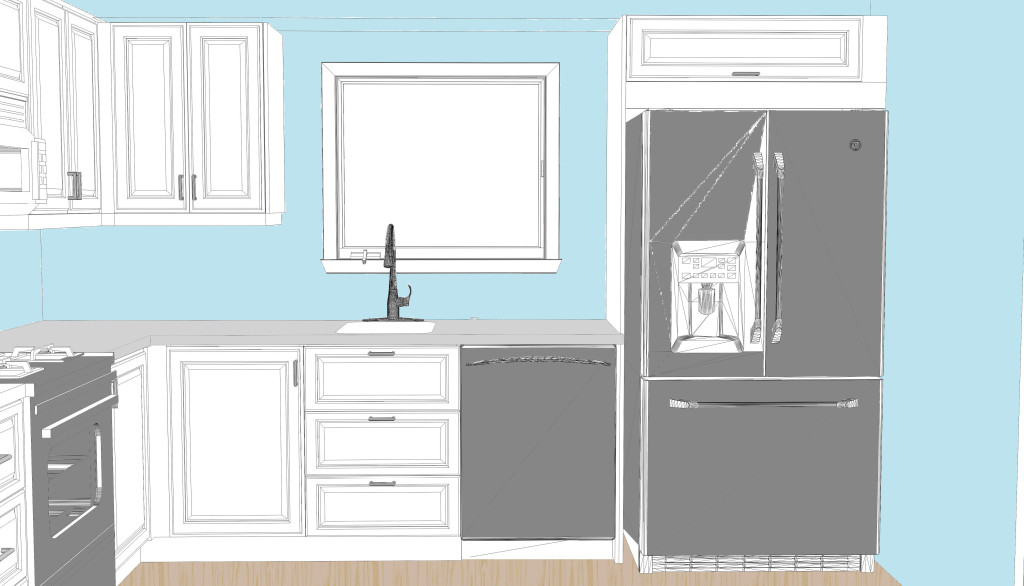 I forgot to tell them to put in a double sink, and I just generally don’t like the layout for the area by the window. One solution would be to move the dishwasher into the island (easy since the kitchen is above an open crawlspace). It would mean running extra water and electrical lines, but it might be worth it to get that space a little less awkward. Alternately I could just pick out a smaller refrigerator which would free up some space and give us more room for a bigger sink (but it would still be off center, which I might just have to live with). The off-center-ness of the sink would be a lot less irritating with a lower profile fixture as well. 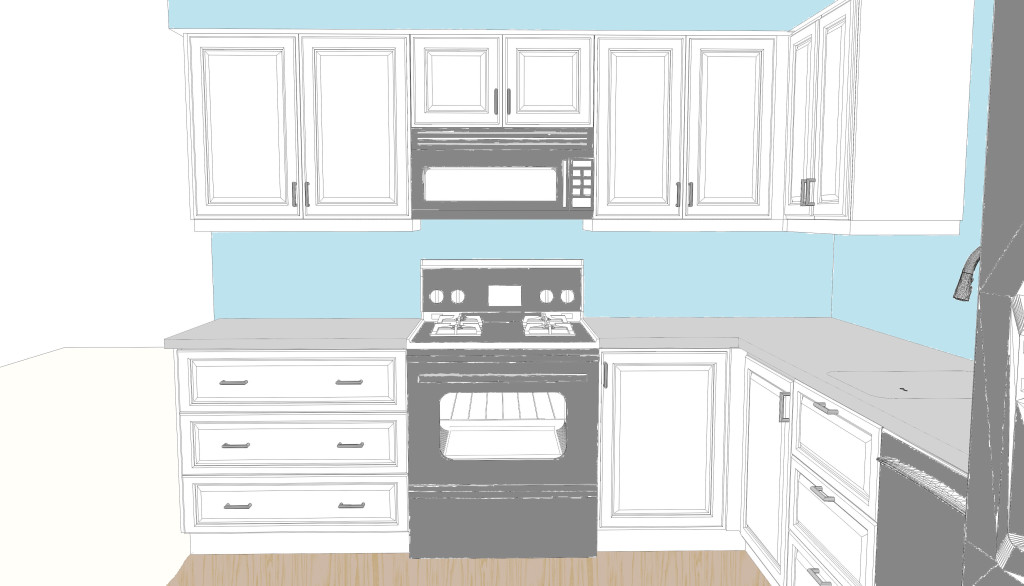 Seeing this drawing has me convinced we should remove the little partial wall that is currently next to the fridge (visible here). It makes no functional difference but it makes the room seem much more open without it. The wall does have some electrical in it so I’d have to have that moved. An electrician is coming down on Friday to quote everything.